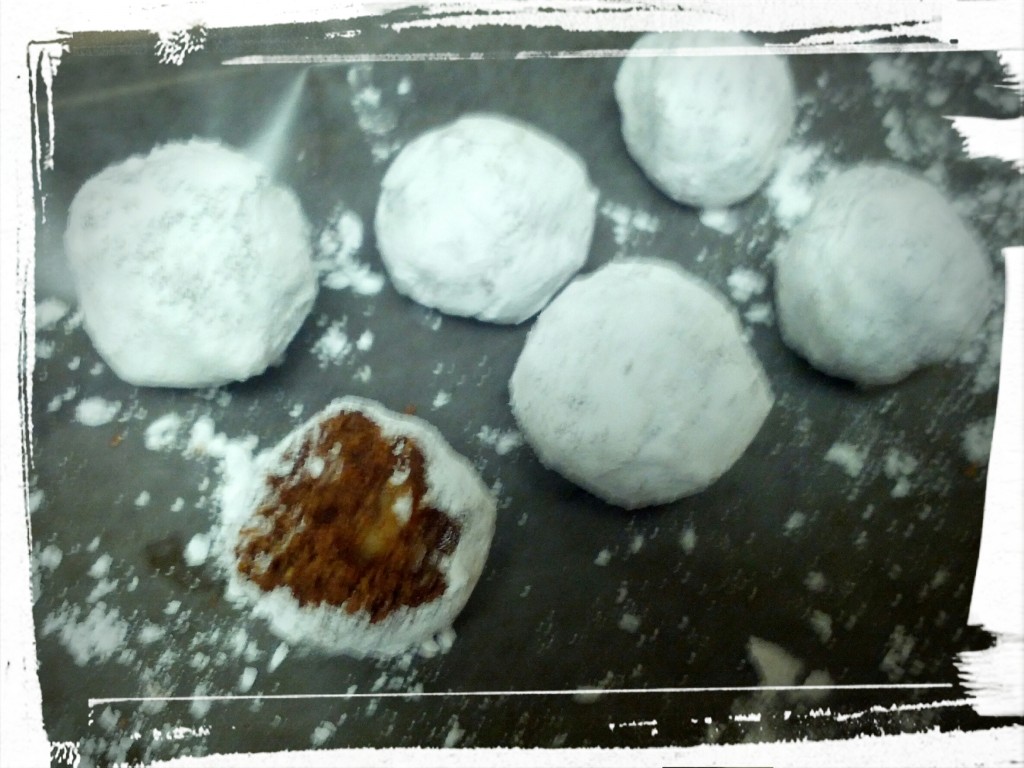 I’m always on the lookout for new and delicious things to make, because a) I love baking and b) I love eating and c) chocolate is my friend. So when a client at my work told me about the Brandy Balls that she always makes around the holiday season, I asked her for the recipe. She very kindly obliged. Shout out to Mrs. M!

Isn’t it nice when people share their recipes? Whenever I make a dish using a recipe given to me by someone else, I always think of them. It’s a nice way to live on in people’s memories, you know? I never understand why some people decline a request for a recipe. Totally boggles my mind. I accept it, and I respect it…even as I don’t understand it. (Any insights? Let me know in the comments!) Luckily, the proprietor of the yummy-sounding Brandy Balls was generous and shared her recipe with me, and I’m going to share it (modified, because of course) with you!

As we don’t have any brandy in the house, I’m using the last of some delicious Venezuelan rum that was given to the DH and I by one of his oldest and closest friends, and I think that if the friend knew that I was baking with it, he’d be aghast. I gather we were supposed to drink it neat, and savour every drop. Which I did when I first opened it. And when guests came over, they enjoyed it too. And then I used some of it to make Quesillo, and now I used the last for this recipe. I’m just not a rum connoisseur, you know? But I do appreciate the fine flavour that it gives these Rum Balls! Whoo, they’ve got some heady fumes, I tell you what!

In addition to swapping the brandy for the rum, I also tossed in some leftover coconut from the Granola Bars I made recently, because I hate wasting food, and I didn’t want to give up precious kitchen space to a container holding only 1/4 c. of shredded coconut. Oh, and I used graham wafer crumbs instead of crushed vanilla wafers, because Mrs. M said that they work just as well. 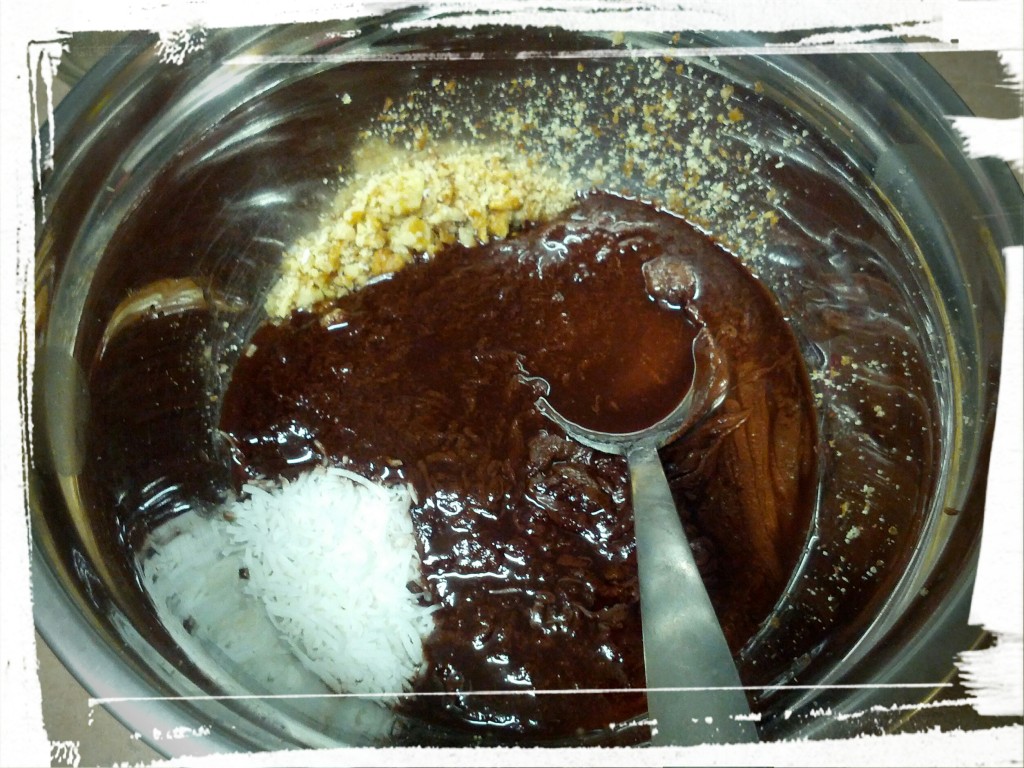 Mixing up the rum and chocolate goodness. Possibly sampling it as well.

And then I mixed it all up! Want to mix up some chocolate and rum goodness yourself? Let’s!

Crush (or chop) the walnuts into teeny tiny pieces, but not so small that it’s considered ground walnuts. Melt chocolate in microwave, in 15 sec. bursts, stirring in between. When melted, add in sugar, brown rice syrup, and rum, and get mixing! Then add in walnuts and graham cracker crumbs and mix again. Let sit in the fridge if it’s not firm enough to roll into balls. Then, roll into balls, and then roll those balls in icing sugar. And bam, done! Makes 4 1/2 doz. balls, or you know, 4 doz. plus taste test samples for the cook. 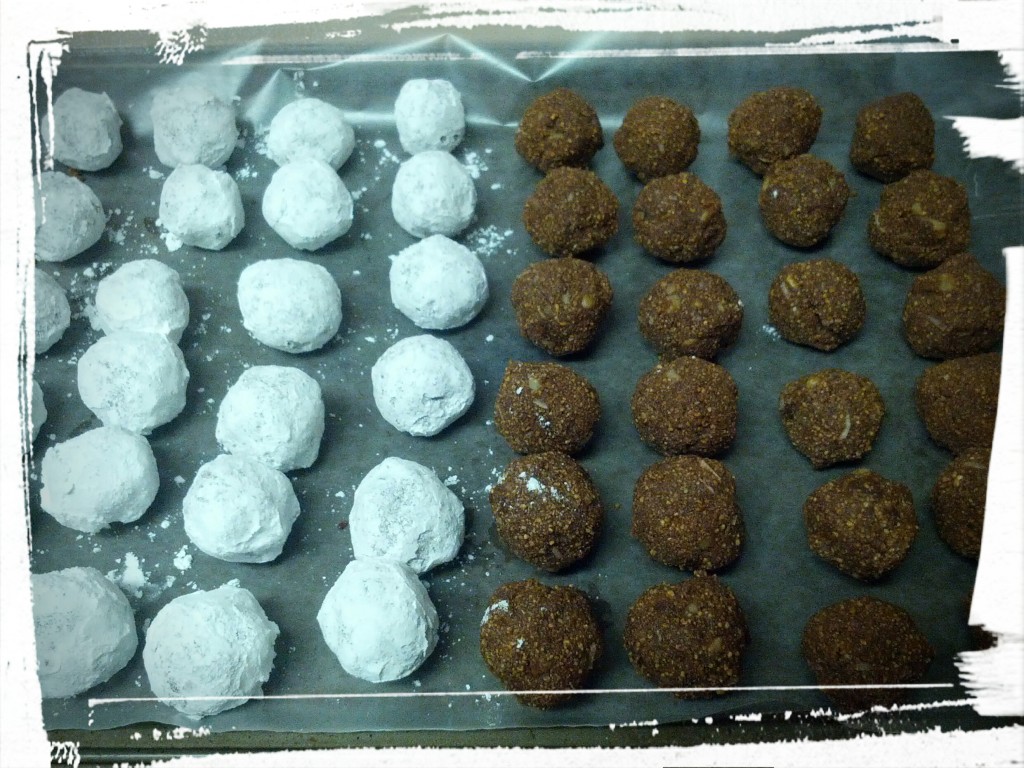 Ode to Rum Balls: Half and half/On a plate/Which one to Eat/Or should I say, ate.

You’re supposed to let the rum balls ripen in a covered container for several days, but meh. I’ve tried one now (maaaybe two. Or three.), and I like them! I’ve packed the remaining four dozen for the DH to take to  work. As it’s just past midnight and he’s tucked cosily away in bed, I’ve left him a note saying that the rum balls are supposed to ripen, but that if he wants he can bring them to work tomorrow; I’ll let him decide. So if they aren’t as delicious as they’re supposed to be, it’ll be all his fault! Bwahahaha! Ah, the delights of marriage. Good times, good times.

Next Post: Bulgur Salad, because I ate those rum balls. And all those granola bars. So it’s lettuce and bulgur for me! 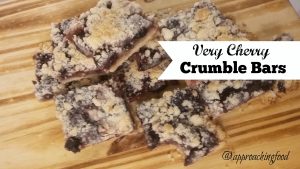 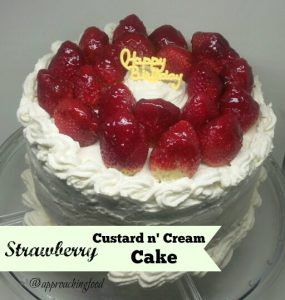 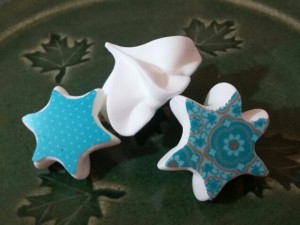