I learned to cook from my mum, starting with learning how to fry an egg, when I was around 5 or 6, under supervision. However, I don’t really like eggs (unless they’re scrambled. From free-range hens. I’ll spare you the horrifying lecture on caged hen eggs but trust me when I say that free-run are the way to go.). I do, however, like my sweets! Mmmmm…baked goods, I am there! My mum didn’t cook many sweets when I was younger, or at least not as many as I wanted, but by hanging out in the kitchen and watching her cook meals for our family, I learned the basics like chopping and frying and mixing and such. She’s an awesome from scratch cook, with an international palate, so I grew up appreciating food and a homecooked dinner every night. As I got older, she let me make sweets occasionally, usually simple almond drop cookies, and that’s where my love of cooking took off.

From there I used the same recipe book and made jelly rolls (simple but tasty and fancy looking) and eclairs (surprisingly easy and definitely elegant) before moving on her to recipe magazine collection from the 70’s and 80’s. Due to those magazines, I baked fancy fruit studded bread for every Christmas for a number of years, although after the first year, the (failed) crème fraiche never made a reappearance.

In high school, I would come home after exams and treat myself by baking chocolate cupcakes from scratch and top them with a buttercream frosting. In university, I managed to make a black forest cake using only a microwave and borrowed beer fridge space, but developed my favourite recipe for baked macaroni and cheese with leftover ham (on a student budget, a ham steak had to last at least two days) with a real cheese sauce from scratch and seasoned bread crumbs on top, that I loved to eat after a yoga class while watching the original Jamie Oliver series, the Naked Chef.  In graduate school I hosted smorgasbords with my fellow classmates, making everything from potato and onion rosti to spinach curry and also writing a cooking column for a year for the student newspaper. One of the most popular articles? Bananas in caramel sauce. There’s a story behind that one, and I’ll tell it you all sometime.

After grad school, I moved back home and ceded most of the  cooking to my younger sister who liked to cook so much that my mum rationed her to one dessert recipe a week, as we were all gaining weight. But I missed cooking. Making the occasional dish for a potluck, even if it was a margarita pie with a pretzel crust and a big hit, just wasn’t the same thing.

So when I moved into my condo, it was time to get some cooking done! I had moved across the city, my fiancé had moved in, and then I lost my job, so…time to cook! The highlight of my days were the dinners I would make my fiancé. I made him crème brule with blueberry coulis, I made him traditional cheese terrine served over a salad, I made him homemade roasted red peppers and baby tomatoes served on homemade focaccia with a basil-infused mayo. He told me once that when he and I got together, his quality of life went up, and one of the factors was that he got to come home every evening to a delicious meal. His only complaint was that I tried to find the best recipes so I rarely repeated a recipe and would occasionally lose track of his favourites. (I know. I spoil my boy.)

Anyway, the long story short is, when it came to trying to think of something to blog about, something I’m passionate about, where the topic won’t get stale, and I’ll never run out of ideas, obviously I had to write about food. Specifically, a self-trained cook, cooking for herself and her husband in their condo. Cue the cozy domesticity!

So, yes, this blog is about the creative satisfaction of cooking, about making meals that real people eat, in real people time (I also work outside the home). Approaching Food is about sharing recipes that can be made simply, with standard ingredients, and that aren’t all fluff and trend. They’re delicious, satisfying, and easy to make!  Stretch your cooking skills and join me as we approach food, and become a foodie in your own home!

Next Post: Poundcake Smackdown, or How I Learned to Stop Being A Perfectionist and Love The Cake 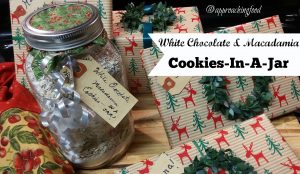 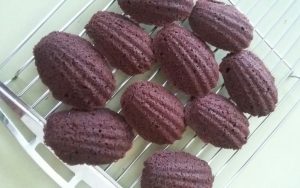 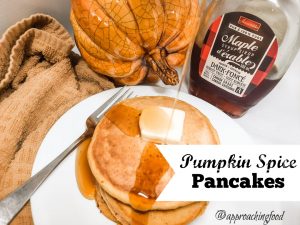