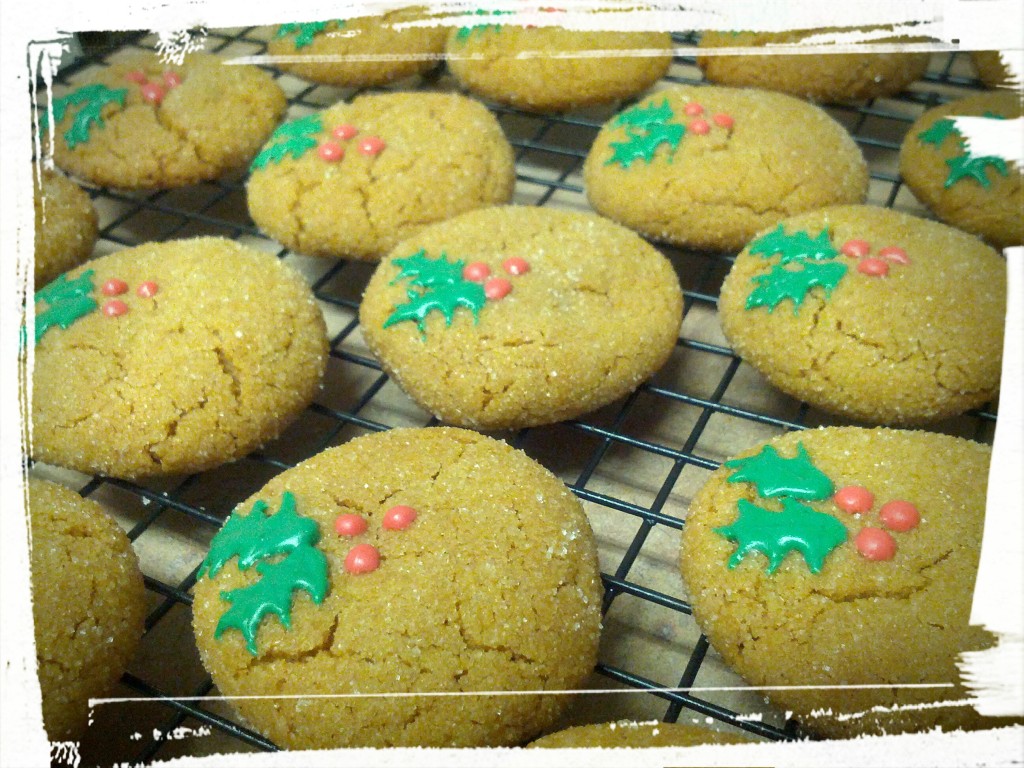 Almost too pretty to eat!

There’s nothing quite like the scent of gingerbread drifting from a kitchen, to make it feel like the Christmas holidays have finally arrived. While I do have a gingerbread recipe handed down to me from my mother, it is sometimes a bit more work than I care to do. In which case, these super-quick and easy ginger cookies from Canadian Living magazine are spot on!

I made these to bring to a Christmas dinner that a friend was hosting, and I think they turned out pretty nicely. Interestingly enough, if one replaces the egg in the recipe with a flax egg, they’d also be vegan! (Assuming one uses vegan ‘chocolate’ for the holly decorations, of course.)

Want to make some yourself? Here’s the recipe.

As for the decorations, they’re surprisingly simple to make. Melt some red chocolate wafers and place in a plastic baggie. Do the same for some green chocolate wafers. Snip the teensiest bit of one end of each baggie, so that you have created a ghetto pastry bag!

On each cookie, draw two lines in green chocolate, almost like a V, but without them touching at the bottom. Then, while the chocolate hasn’t set yet, use a toothpick on ONE of your green lines (i.e. half of the V) and drag out three points from the left of the green line and three points from the right of the green line. You’ll end up with a holly leaf. Do the same for the other half of the V (i.e. the other green line on the cookie). Finally, dot three dots of melted red wafers just below the two holly leaves.

Next Post: Oh the delicious things I have to make! Or have made and just need to post about. Garam Masala Chickpea Filled Samosas vs. Chestnut & Chocolate Tart. How can I choose? 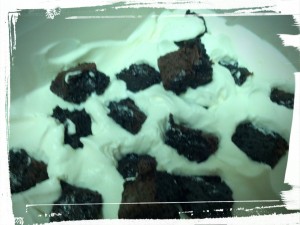 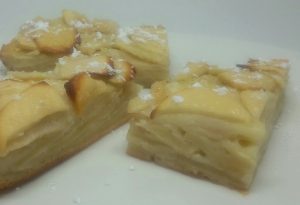 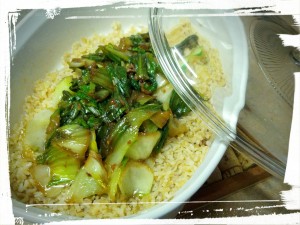