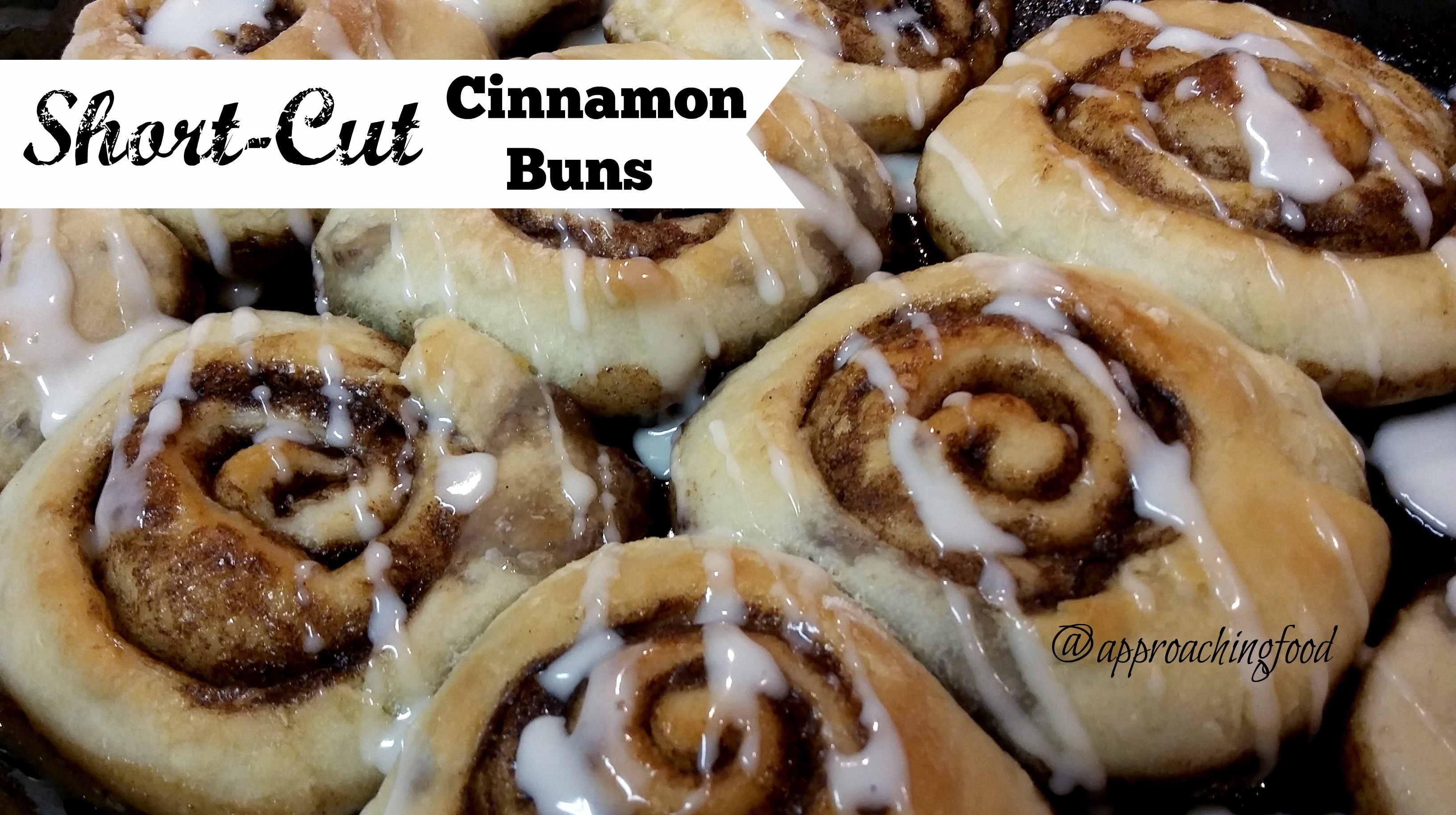 Too good to eat only one. And made so quickly, too!

Cinnamon Buns! I love them. I eat them. I used to hate making them, because of the long process: make the dough, let the dough rise, punch it down, let it rise again, roll it out, roll it up, cut it and let it rise, and fiiiiiiinallly bake it and eat it. And that’s not including all the steps for the filling. Ugh. Am tired just thinking about it. Generally, if I wanted cinnamon buns, I had to make them in the morning for dessert in the evening, or at the very least, make them the night before.

I came up with a super-easy short-cut version! In my version, there’s only one rising of the cinnamon buns before baking, and frankly, you *could* skip that too (the buns would just be much more dense and not as fluffy).

Start with my Easiest Pizza Dough in the History of Ever! Then you spread cinnamon butter all over it, roll it up, pop it in a pan to rise (only 1x!), and bake it. I can start these before dinner and have them for dessert!

Make the dough. Let it rest at least 10 minutes before rolling it out into a lasagna pan sized rectangle.

Mix softened butter with sugar, cinnamon, and vanilla until it is properly mixed and essentially a cinnamon spread. Spread butter on rolled out dough.

Place in a lasagna pan and let rise in a warm place until the dough has expanded and the side of the buns are sticking together.

Bake in a 350 degree oven for 25 minutes. Let sit until cool. If you like icing, mix up some icing (icing sugar, milk, vanilla extract, cream cheese is optional) and drizzle on top. Eat and enjoy the sticky, yummy, cinnamon buns! 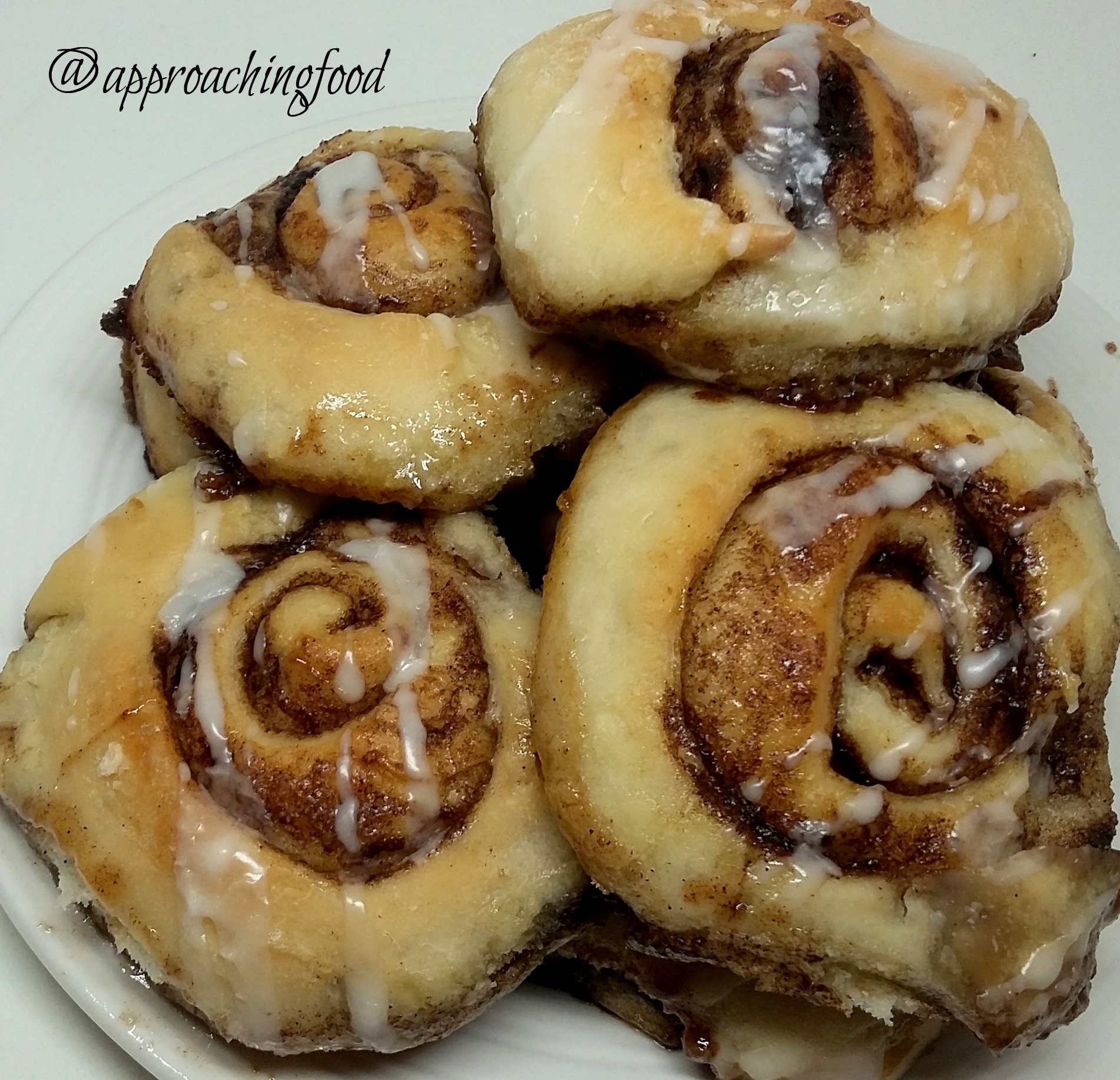 Don’t they look yummy! (Spoiler alert: they ARE yummy!)

How to cut delicate doughs (or soft cheeses)? With dental floss! Yup, you read that right! You slide the thread underneath the dough/cheese and cross the end of the string overtop, and then pull. It slices easily and without compressing the dough or cheese all flat. I first did this when I made swiss rolls as a teenager, and it is such an easy technique to get perfect slices! Obviously, you don’t use flavoured floss, and the thinner the floss, the better. Try it out yourself!

Want to make fluffier cinnamon buns? Add in a tablespoon of corn starch to the dough when you’re making it, as in this recipe for Pumpkin Cinnamon Buns. The corn starch takes up space without sticking to itself as flour does, which makes the dough that much more tender. This technique is good for all sorts of baked goods!

But back to my cinnamon buns. You could make these cinnamon buns taller and more like commercial buns if you make them in a 9×9 pan as opposed to a lasagna pan, and cut them in 4 inch buns (i.e. taller). Personally, I’m happy with the small buns, because…portion control. Of course, that just means that I need to eat two servings, amirite?

Next Post: A Memories of Meals Past post, combined with a Salads I Have Known and Loved post. That’s right, we’re about to get all ancient grains up in this blog! 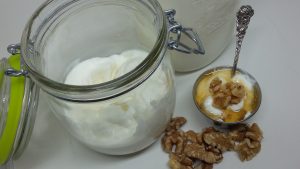 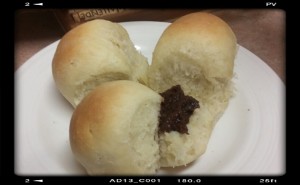 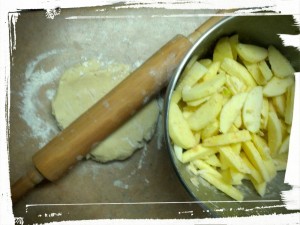