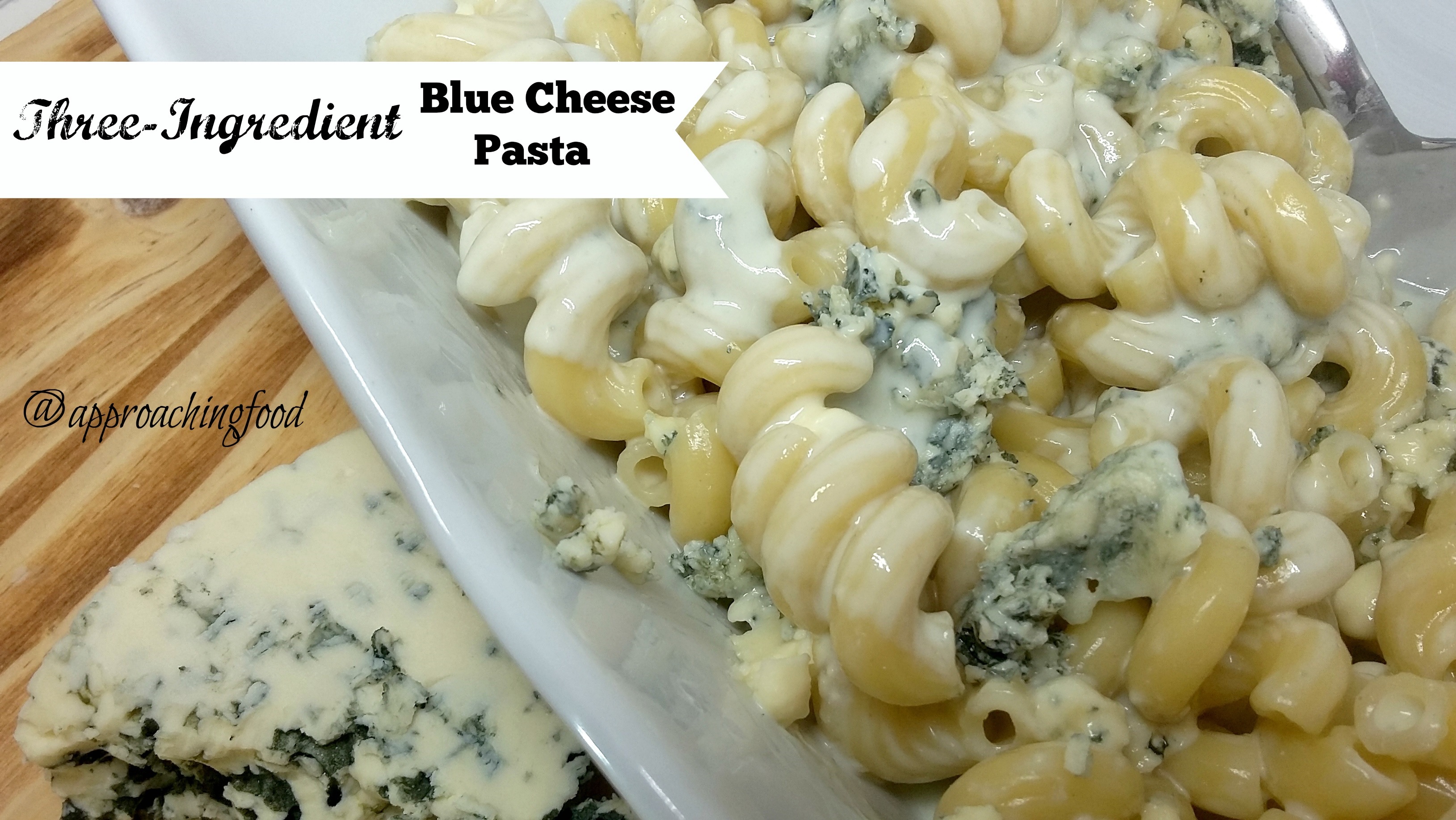 As the name implies, blue cheese is the star of this pasta dish. One pot, three ingredients, super-easy and super-quick to make…what’s not to love?

Unless you don’t love blue cheese. Then, move along lil’ doggie (to another recipe! Such as this one). Otherwise, make this dish and you’ll be in blue cheese heaven!

I first had this dish when I went snow-shoeing with some friends this winter. A bunch of us had rented a cabin and we ate communal-style, with lots of laughter and joking, and with some very good food! One of our friends made this blue cheese pasta, and told us that she developed the recipe when backpacking across South America recently. I’ve modified the amounts of the ingredients to make it more to my taste, as I like a saucier dish as opposed to a stickier one, but the outcome is the same — blue cheese yumminess!

Basically, you toss the pasta with a two-ingredient sauce, stir in some more cheese, and then sprinkle a tad more on top. And voila, done! It’s very quick to make; cooking the pasta is what takes the longest.

Let’s do this, boyo! 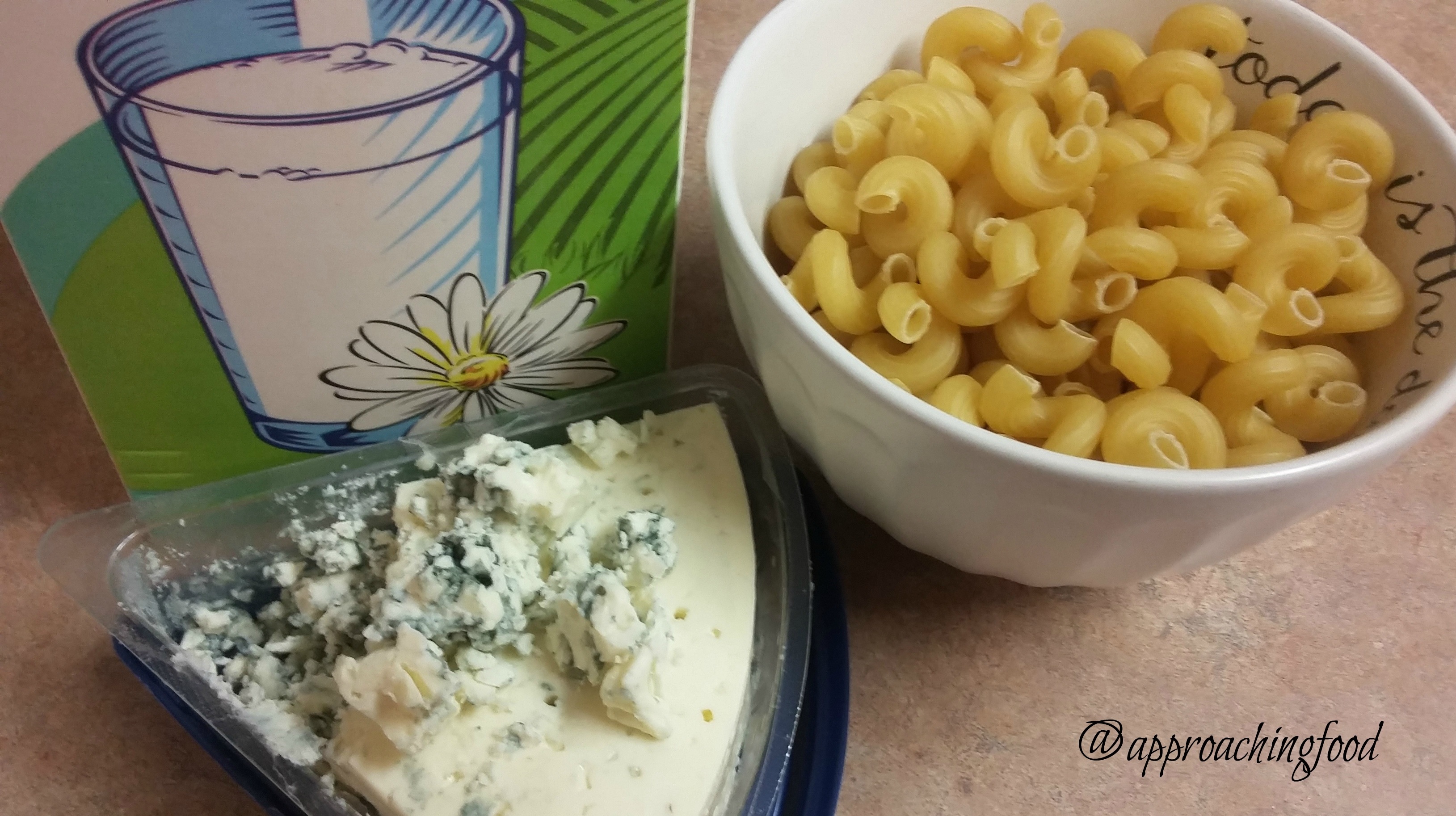 Cook pasta, and set aside. In the same pot, whisk the milk and 1/2 c. blue cheese together, until a thin sauce forms. Stir in pasta, and 1 tbsp. blue cheese. Plate and sprinkle remaining tbsp. of blue cheese on top. Et voila, tu es fini!

By the way, don’t freak out when you’re making the sauce and it starts to look a little…blue. That’s ok! It IS blue cheese, after all, and but it does look more appetizing when you’ve stirred in the crumbled cheese and sprinkled a tad more on top.

I will say, if you don’t like blue cheese, you won’t like this dish, as it’s the central theme, obviously. And it’s best to serve the dish with a nice side salad in order to balance out the strong flavour of the cheese. I served this dish alongside my broccoli slaw, and the DH loved it!

Next Post: I have the BEST cake recipe that I developed to celebrate the DH’s recent milestone birthday, and I’m going to be sharing it with you all! What kind of cake is it? Delicious, obviously, but stay tuned and find out the flavour shortly!

Linking up at Meal Plan Monday and at Happiness is Homemade! 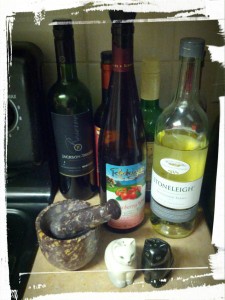 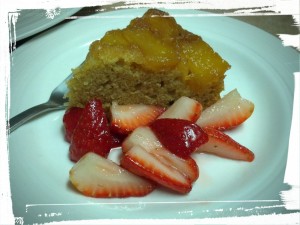 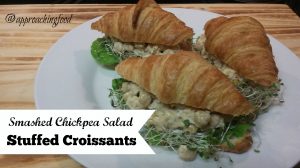