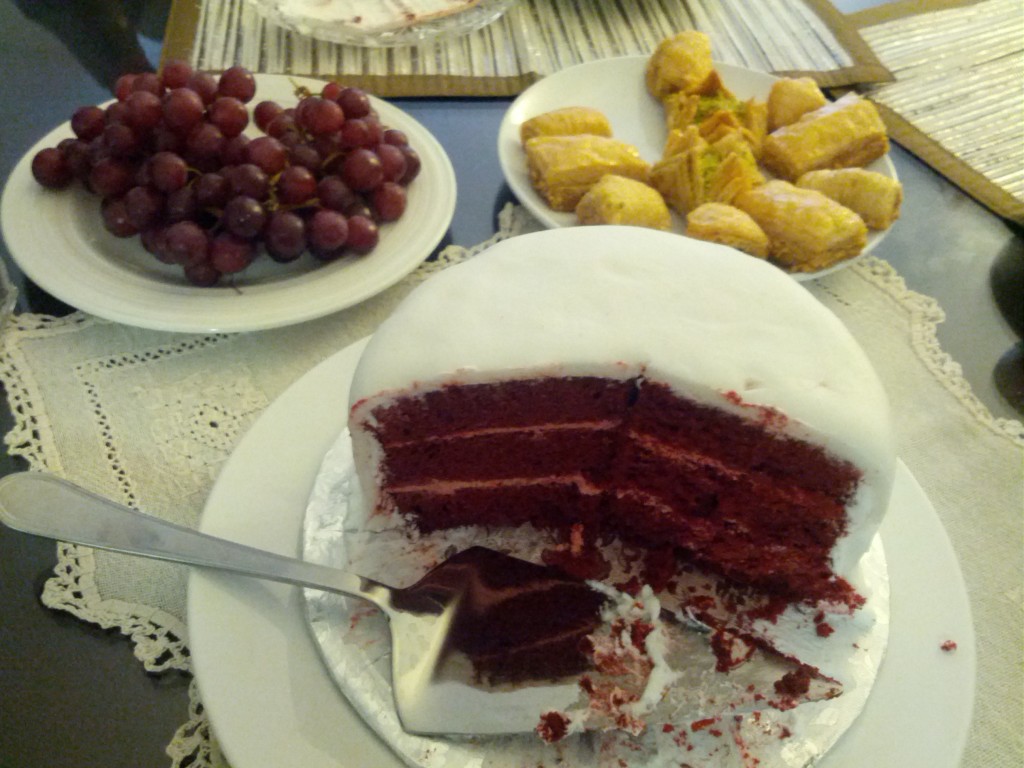 Wedding cake! Red velvet with some sort of raspberry cream filling. I think.

The DH and I did lots of celebratory stuff today, including brunch at a Canadian-themed restaurant (as our wedding theme was a Canadian one – snow, anyone?) and culminating with my family coming over to eat the top layer of our wedding cake.

We had taken the top tier and wrapped it well, stuck it in the freezer, and froze it solid, and then defrosted it a day prior to eating. As it was covered in fondant, it froze particularly well. My mum said it was as though it had been baked yesterday.

The DH’s mom lives elsewhere, so we took lots of photos to send to her. My favourite photo? The one of my dad and the DH trying to muscle each other out of the way in the kitchen, so that they could do the dishes. I very happily sat on the couch and left them to it. As I told my mum, times have changed, haven’t they?

I still do the majority of the dishes in our household, although the DH would argue otherwise, and frankly, the only time we ever fuss at each other, it’s over those dishes! I like cooking, the DH and I both like eating, but neither of us likes washing the dishes.  To my way of thinking, if this is the biggest issue in our marriage, we are so golden, we’re practically platinum!

I don’t really have a recipe to share with you today, so I’m posting this under ‘blatherings’, but, well, I was celebrating with food, so this post kind of fits into foodie blog theme, right?

Ooh, know what? I’ll give you the DH’s fruit salad recipe. He gets up earlier for work than I do, and he likes to surprise me sometimes with “fruit flowers”. Basically, a fruit plate arranged in the shape of a fruit flower, or a fruit snowflake, or just a pretty design.

Want to see the fruit flower he made for me this morning? 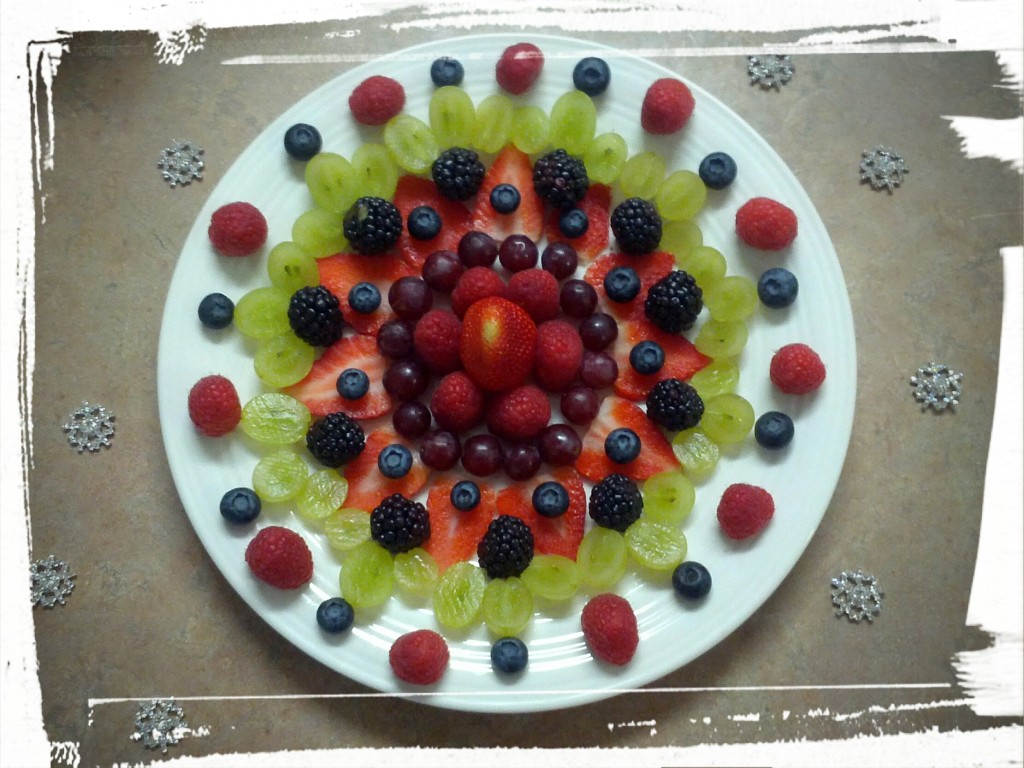 I much prefer this for breakfast over anything else. Fresh fruit, plated with love — what else could I ask for?

Isn’t it purty? I heart him!

Create a geometric design with the fruit, and plate. Serve with lots of love. (And possibly a kiss or two!)

Next Post: Enough with the mushiness. On with the pulses! And the salad. And the trying to increase blog traffic.

Postscript: I’ve got social media on my site now! Check out the share buttons above and below this post, and follow me on twitter and pinterest! This totally ties into this post, because I got the DH to fix/add code by trading him dish-washing duties. He’s probably going to be mortified that I posted this. He he. Happy Anniversary, darling! 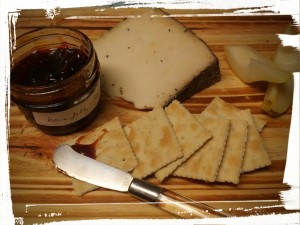 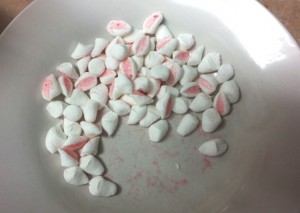 Previous Post: « “What do you mean, there’s no more flour?” And other kitchen disasters.
Next Post: Salads I Have Known & Loved: Lentil Salad Sprinkles, Blog Traffic, and a Contest Entry »