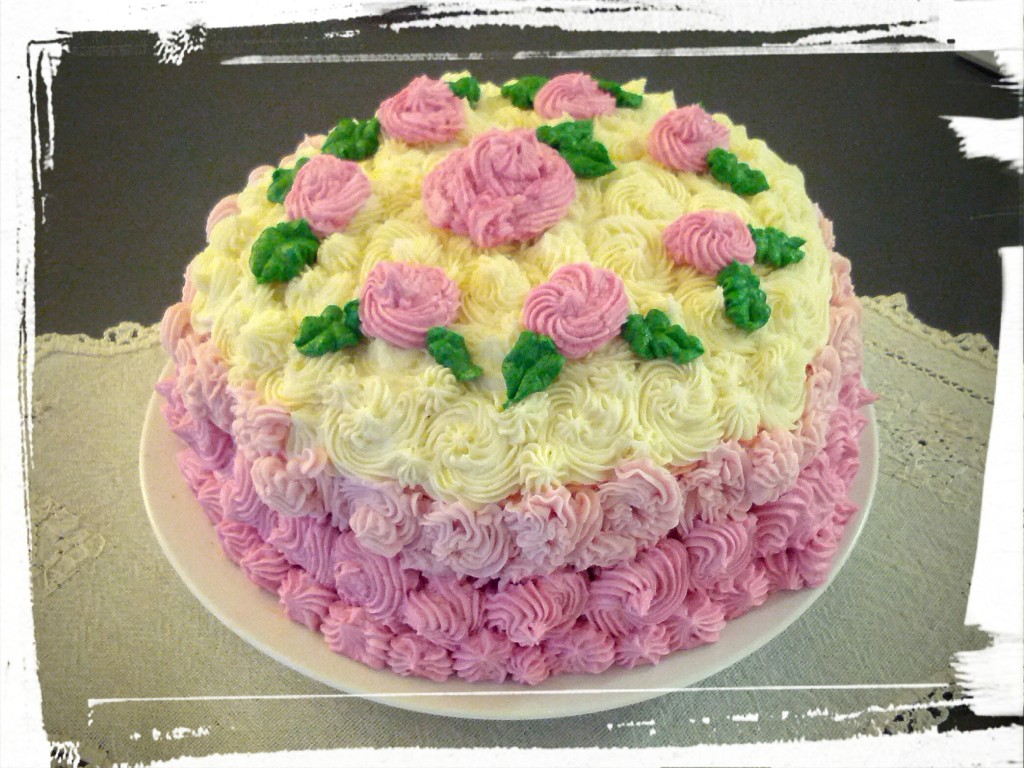 A fancy-pants cake for the DH!

‘Twas the DH’s birthday this past weekend, so I made him a cake. I asked him what kind of cake he would like; strawberry, he said! So a strawberry cake I made. It was a three-layer cake, and had strawberry-buttercream icing between the three layers, and as the crumb coat, and then the outside was frosted with vanilla buttercream. Doesn’t it sound good?

I worked on it for FIVE (5) hours! Including dish-washing time. I was so proud of that cake! I brought it out with pride to show the DH. His reaction? Verbatim: “It’s PINK!” I looked at it. It WAS pink! But…isn’t that what strawberry cakes should be? They can’t exactly be bright strawberry red, right? He actually really appreciated the cake, and I think the best gift I gave him this birthday was his PINK cake, as he’s been teasing me mercilessly about it. I don’t really see the issue, as I don’t believe in stereotyping genders with particular colours, but coming from a South American culture where pink is NOT considered an appropriate colour for males, the DH is just more aware of it. Whatevs. It tasted delish! 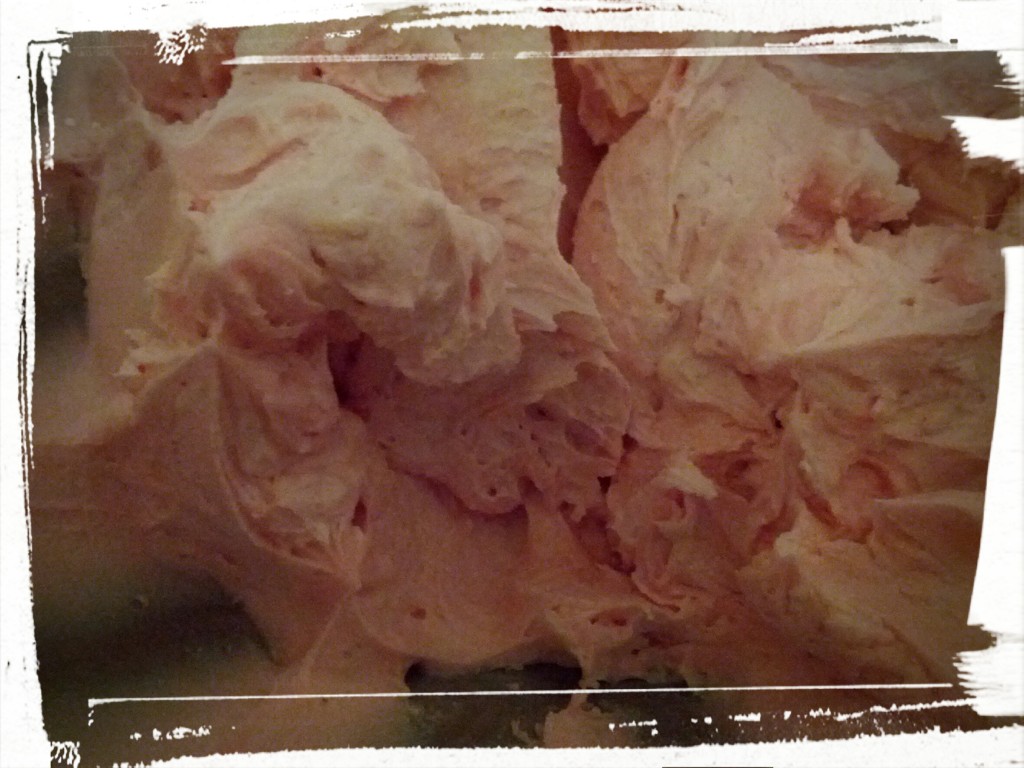 I was trying for an ombre effect, so I mixed up three different batches of vanilla buttercream and tinted them with some homemade food colouring. I’m not big on food colouring in general, and red food colouring is apparently one of the worst ones, in terms of health. So I made my own! Here’s how!

Prick the beet with a fork and stick it in a mug. Pop it in the microwave on the potato setting. Halfway through, check on the beet — is it sizzling and spitting dark red juice? Excellent! Add the water and pop it back into the microwave until the beet is cooked through. (You *may* have a few spatters. It depends on the size of the cup.) Stab the beet with the fork until it’s practically in pieces; you really want to get all the beet juice out. (Are there easier ways? Sure, but I don’t have a juicer. That would work too, though!) Once all the beet juice is out (mixed with that water, of course), you can let it cool and add the vinegar it. The vinegar sort of sets it, especially if you’re going to be baking with it. And ta-dah! All-natural red food colouring! Honestly, isn’t some beet juice better than a bottle of preservatives?

Pro Tip: If you’re baking with this colouring, the batter should be slightly acidic (for example, it should use baking powder, not just baking soda). This is part of the reason why I add vinegar. And USE LOTS OF THE COLOURING! It will bake up WAYYYYYY paler than the colour of the batter. I cannot emphasize this enough. 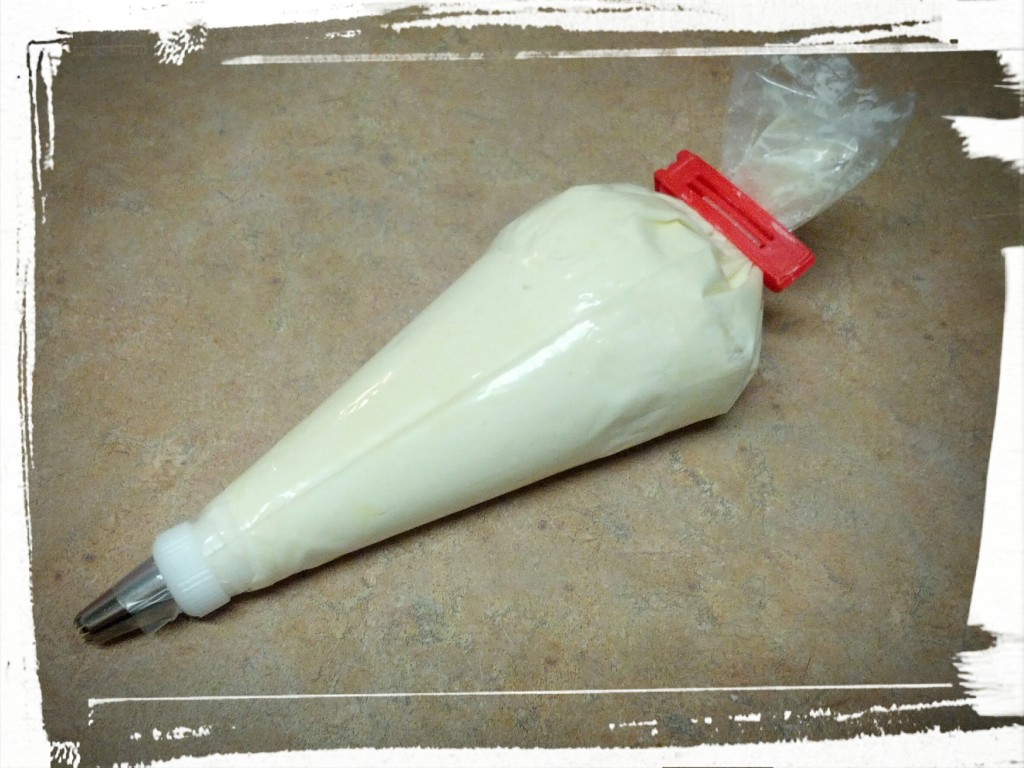 Oh, and my latest tip for icing without messy spills? Use a clip to tie off the top! Seriously easy!

Happy baking, and happy birthday to the DH!

Next Post: Those ham crepes I’ve been promising? They’re a-gonna show up. 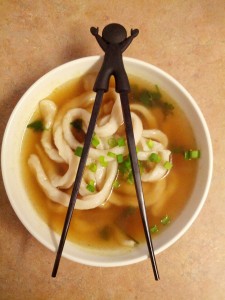 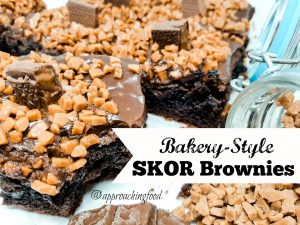 Previous Post: « BCM: Lemon-Glazed Madeleines and Changing Things Up
Next Post: My Oma’s Pancake Recipe, and more of that Everlasting Ham! »