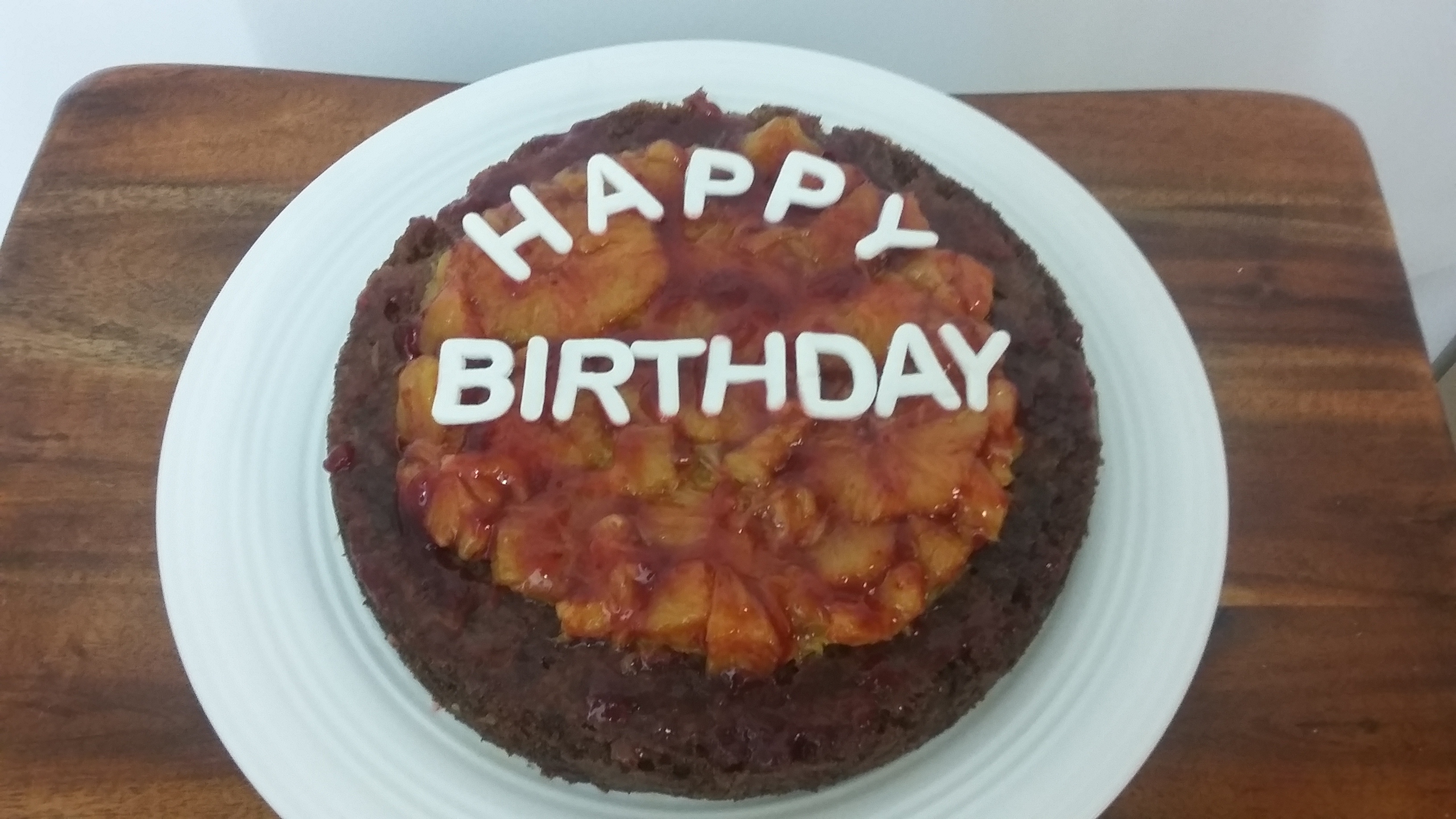 Hey, guess what I did last weekend? I bought a kitchen scale! Not terribly earth-shattering I know, but I’ve been having too many butter-related incidents with my baking recently (this one, for example), so I thought it was time to invest in one (read “spend $20 at Walmart”).

I used my scale for the first time today, when I was making this week’s recipe for my bake-a-long group: Odile’s Orange Cake from Dorie Greenspan’s Baking Chez Moi cookbook.

This is basically a simple one layer sponge cake, with flecks of orange zest in it. Once out of the oven, it’s brushed with a simple syrup made of sugar, water, cinnamon, and orange slices. Finally, one arranges the poached orange slices on top, and finishes the whole thing off with a glaze of orange marmalade!

At least, that’s what the recipe says. What did I do? Well, remember I call myself the Queen of Substitutions! 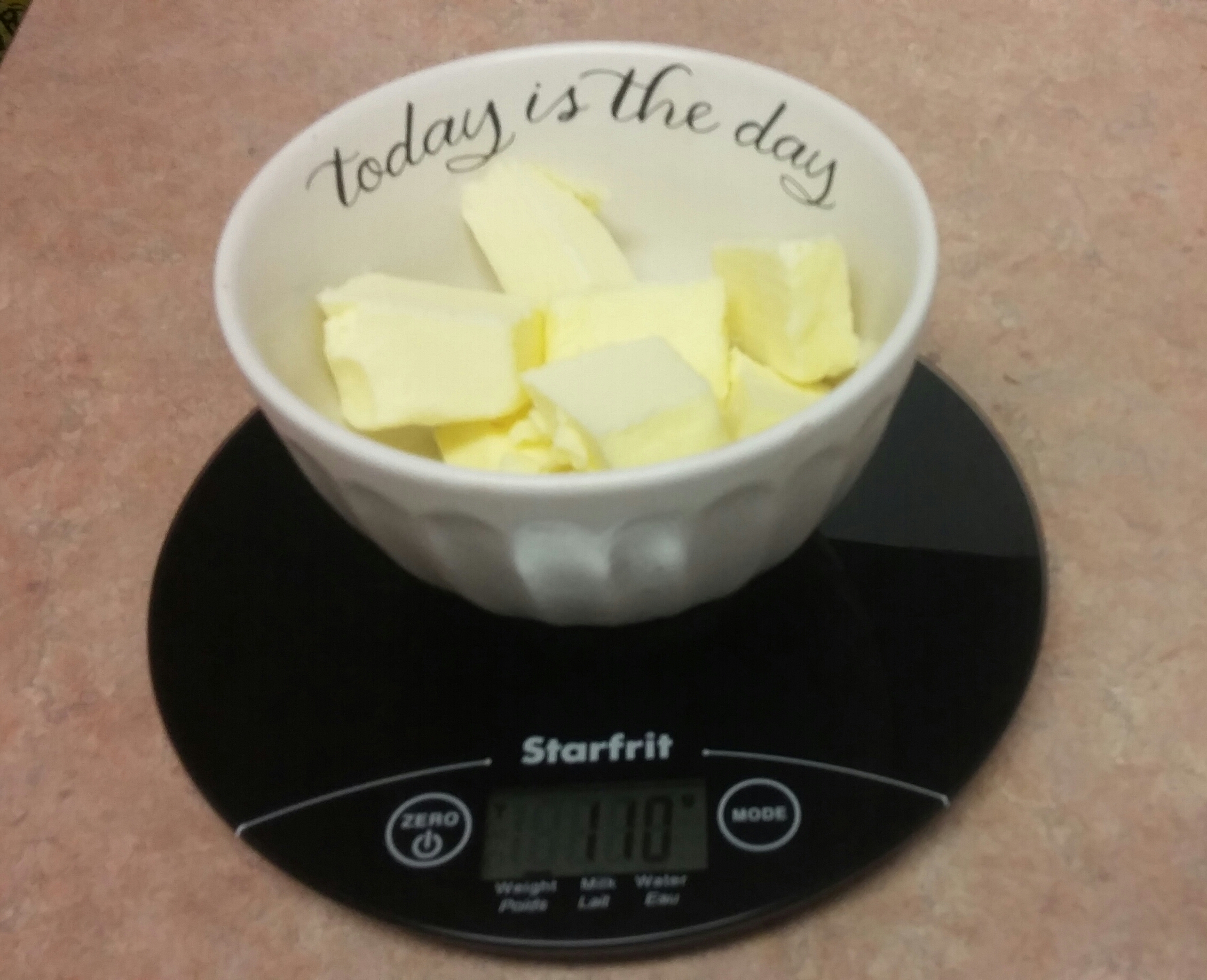 I eyeballed the butter to within 3 grams of the weight needed. *does victory dance*

But back to the recipe. I measured the butter very carefully, even making sure not to measure the weight of the bowl that held the butter. I was only 3 grams under Dorie’s recommended amount. So if this cake doesn’t turn out, it’s not because I added the wrong amount of butter! (It may be because I didn’t let the butter get to room temperature, or the eggs for that matter, but really, who has time for that?)

Is the scale worth it? Well, the proof shall be in the pudding, er…cake! I haven’t actually tasted it myself, because I’m waiting for the DH to wake up and cut a slice. (What’s that? Cake for breakfast? Don’t mind if I do!) But as soon as he cuts a slice, I’ll update you all with his reaction!

Want to see how everyone else in the bake-a-long group made their cakes? Check them out here! Truly a great group of bakers.

Edited to say: The cake! It was a hit! It was eaten with great gusto, and I’m saving one of the last slices to eat after my evening workout. Workout + cake slice = null calories, right? Mmm…cake!

Next Post: I’ve been busily writing up draft posts and then not getting around to posting them, so I’ve got a backlog. First up, the Dinner Roll Odyssey I’ve been promising. The result will be worth the wait!