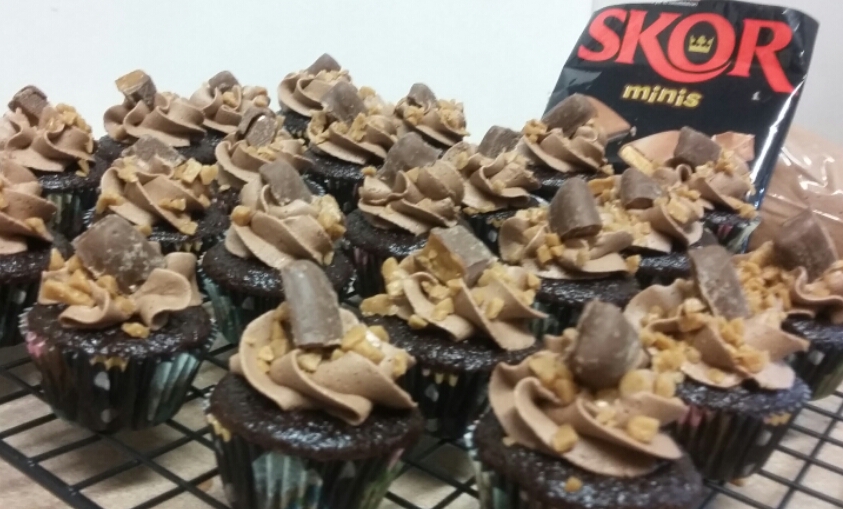 The latest dispatch from the Anemia Front: After a week of diligently supplementing with iron pills, and eating large quantities of kale (via my yummy antioxidant smoothies), I feel like I’m finally regaining a modicum of energy back. Next steps including dosing myself with blackstrap molasses and cooking everything in cast-iron pans (iron leaches out into the food. Handy!) After a few weeks (months?) of this, I shall be…Iron-Woman! Able to bake cakes and crush spatulas with equal ease! Or something to that effect.

But in the meantime, I’ve gone through my photo files and pulled out a recipe to post. Mini Skor Cupcakes! I sent these in to the DH’s work a few months ago, and I believe they were pretty well received. I may have brought some in to my workplace as well. Or I may have eaten them. Can’t remember. Either way, I highly recommend making (and eating) some yourself! 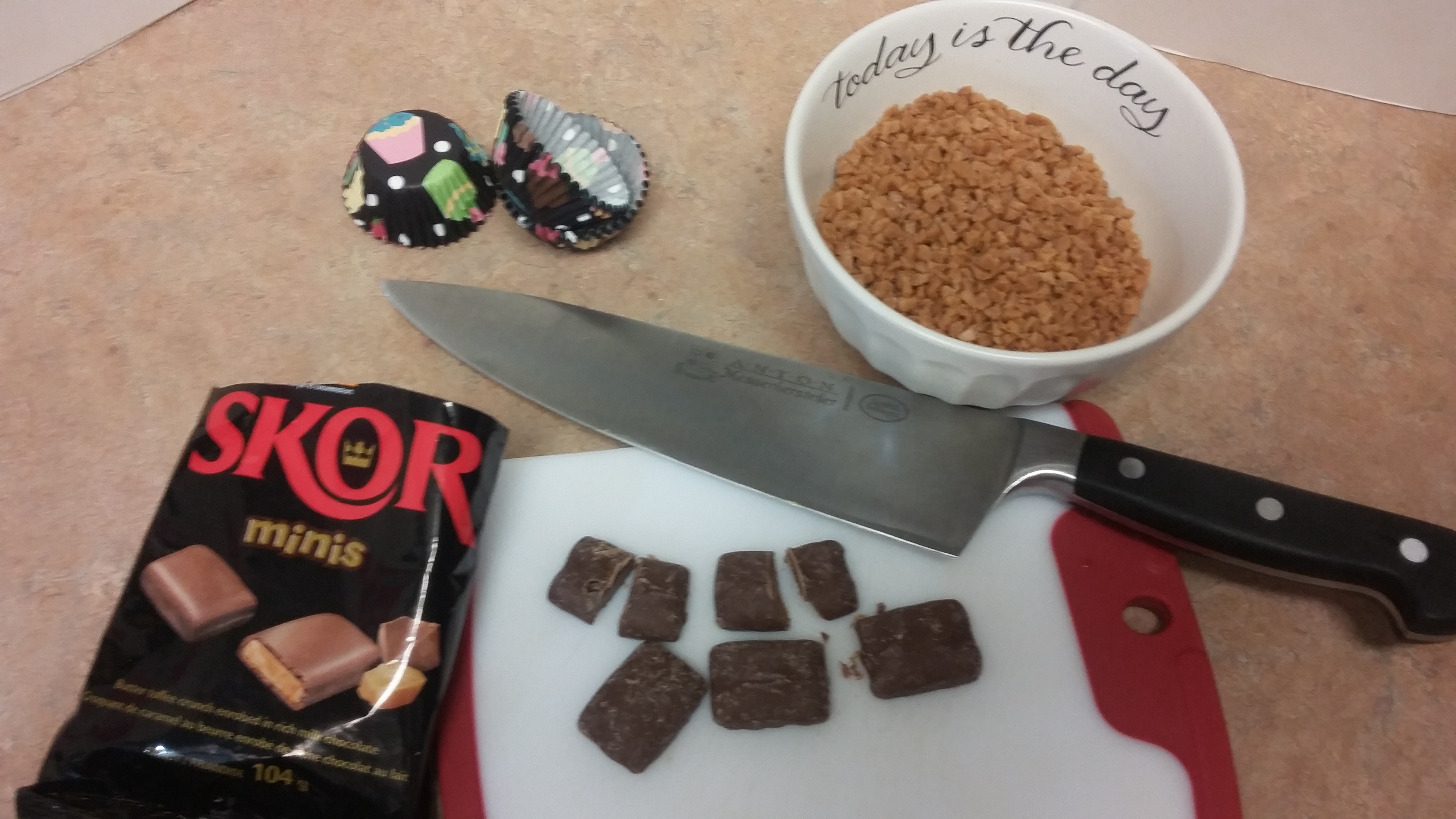 The chopping up of deliciousness.

Bake the cupcakes (I made minis), and let them cool. While they are cooling, mix up a batch of buttercream frosting. Mix in enough cocoa so that it has the degree of chocolate taste that you want (I *think* I put in between 1/3 and 1/2 c.). Put in a piping bag and pipe using a 1M tip. Sprinkle some Skor toffee bits on top, and press a piece of Skor bar on top. Et voila, you’re done! 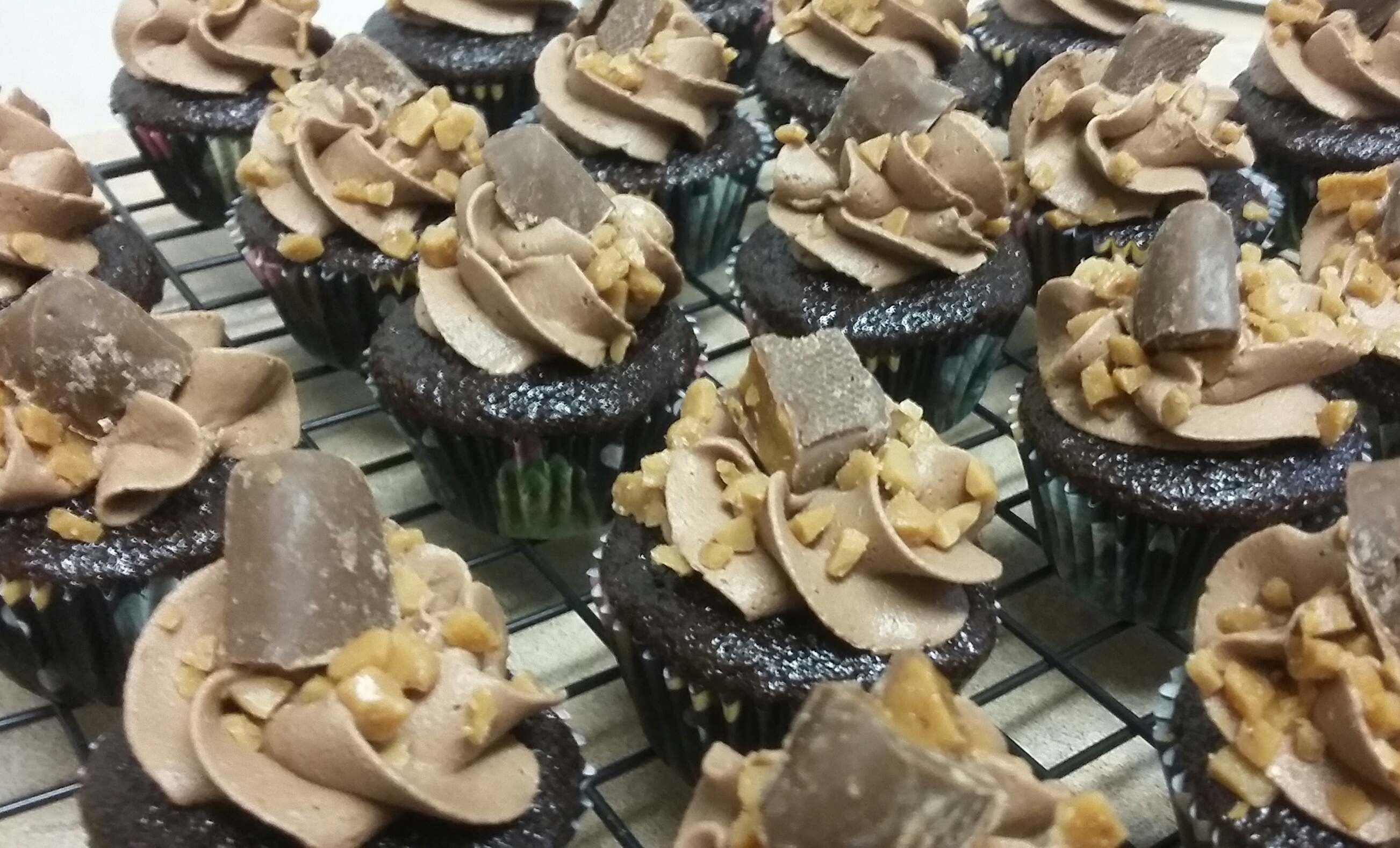 Aren’t they pretty? And best of all, yummy! Although surprisingly easy (bake, ice, sprinkle, and press), they do look rather fancy. Best to make a nice big batch — because these will go like hotcakes! (Except that they’re cupcakes. Mmm…cupcakes!)

Next Post: Chocolate cookies? Apple pie? Or homemade yoghurt and sprouted lentils? Healthy vs. sweet. Why can’t they be both?