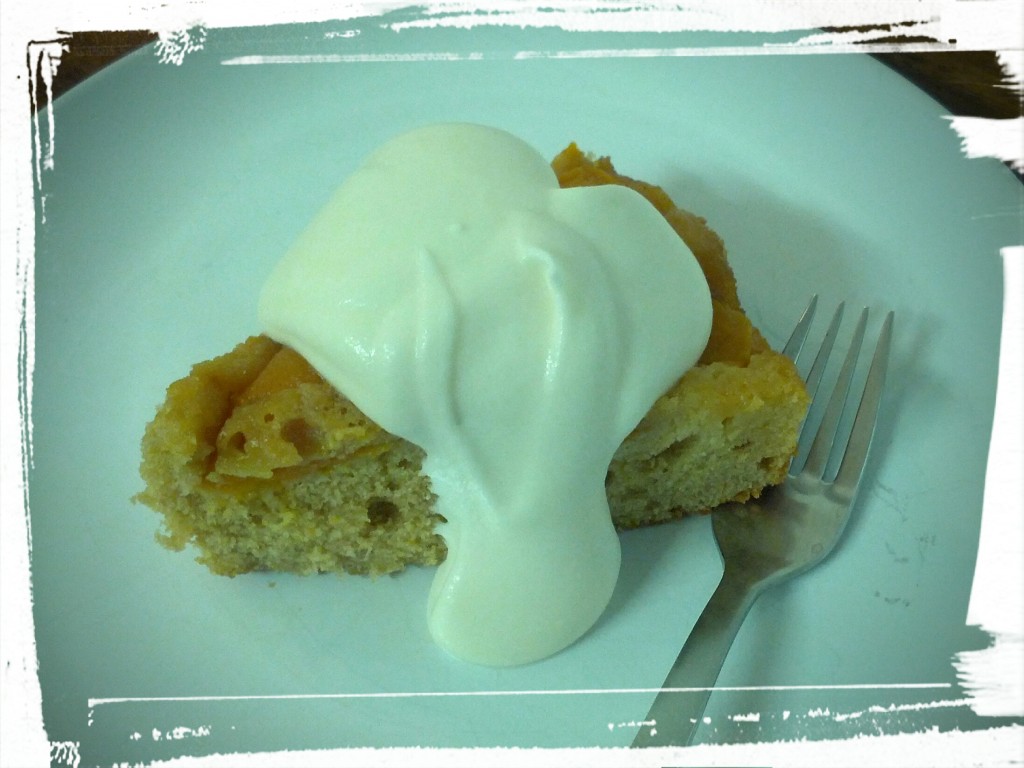 Sliced and served with a dollop of hand-whipped whipped cream. Yummeh!

Right now, I’m sitting on my sofa, typing away at my laptop and smelling the delicious smells emanating from my kitchen. I am also studiously ignoring the disaster zone that my kitchen has become. There are sinks (plural!) of dirty dishes, spreading out to cover part of the kitchen island as well. There are spatters of jam, sugar, and unidentified sticky substances all over my stove top. There are several cookbooks spread out, a 10 kg bag of flour, and a flat of canning jars in the general vicinity too. Also fixings for tomorrows lunches, but I’ll ignore that for now.

How did my kitchen become Cooking Collisions Central? Well. Let me tell you!

Every two weeks my online bake-a-long group makes another recipe from Dorie Greenspan’s cookbook, Baking Chez Moi. This means that we make about two recipes a month. But when a month has 5 weeks, it’s REWIND TIME! I.e. if we’ve skipped a dish, or want to rework a recipe, or simply make it again but better, that’s what we do. 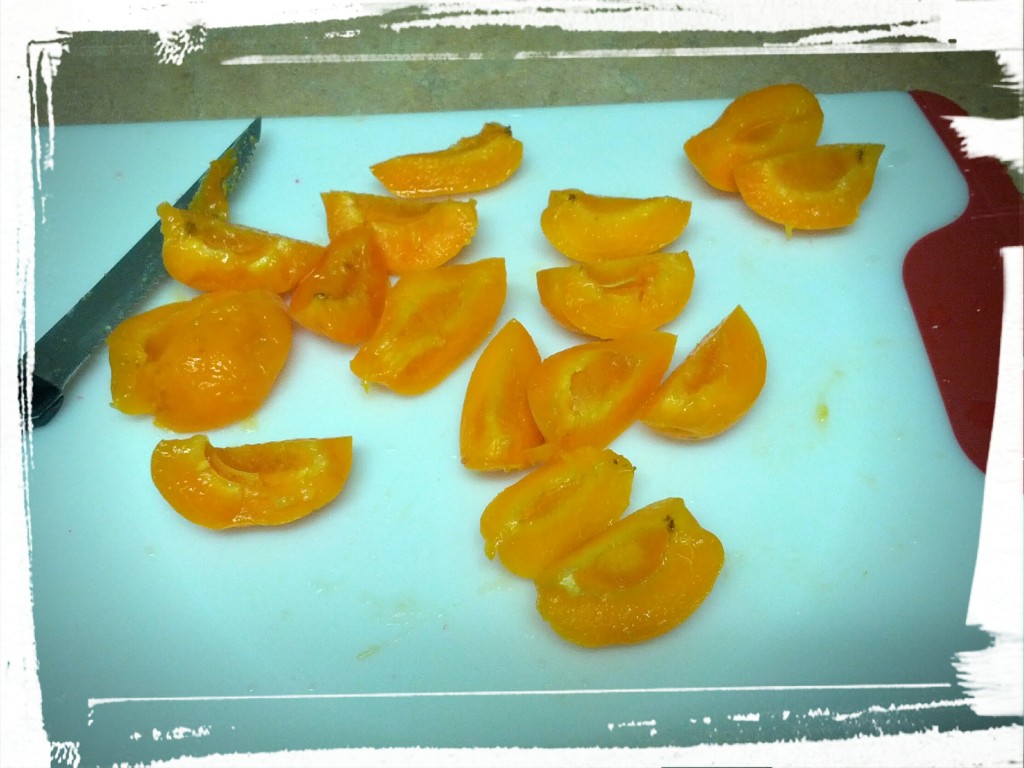 As it’s rewind time this week, I decided to make the Rhubarb Upside Down Brown Sugar Cake that I had made before, except this time I planned to actually use rhubarb, as opposed to pineapple. For some reasons, rhubarb seems to be hard to find this year, but I finally tracked it down in a fruit shop at a plaza near my home. I’ve been craving rhubarb and was so excited to make some yummy cake!

I haven’t baked in several days as I was camping this weekend (interruption to scratch annoying mosquito bites) and I was in baking withdrawal. I won’t count the Schoolhouse Buns (look for this in a new post!) that I made last night at midnight — that merely took the baking edge off. So I thought to myself, what shall I make?

I thought it might be nice to send something in to work with the DH, and it’s been a few weeks since I did that, so I started making cashew brittle. Which was all fine and dandy, until my candy thermometer exploded. That was slightly stressful. But I opened the windows, turned on the fan, wiped up the drips and spills, and tossed out the thermometer innards. I also googled “thermometer poisonous”, but couldn’t find a definite answer, so I shook it off and returned to my kitchen with the single-mindedness of kitten on catnip. 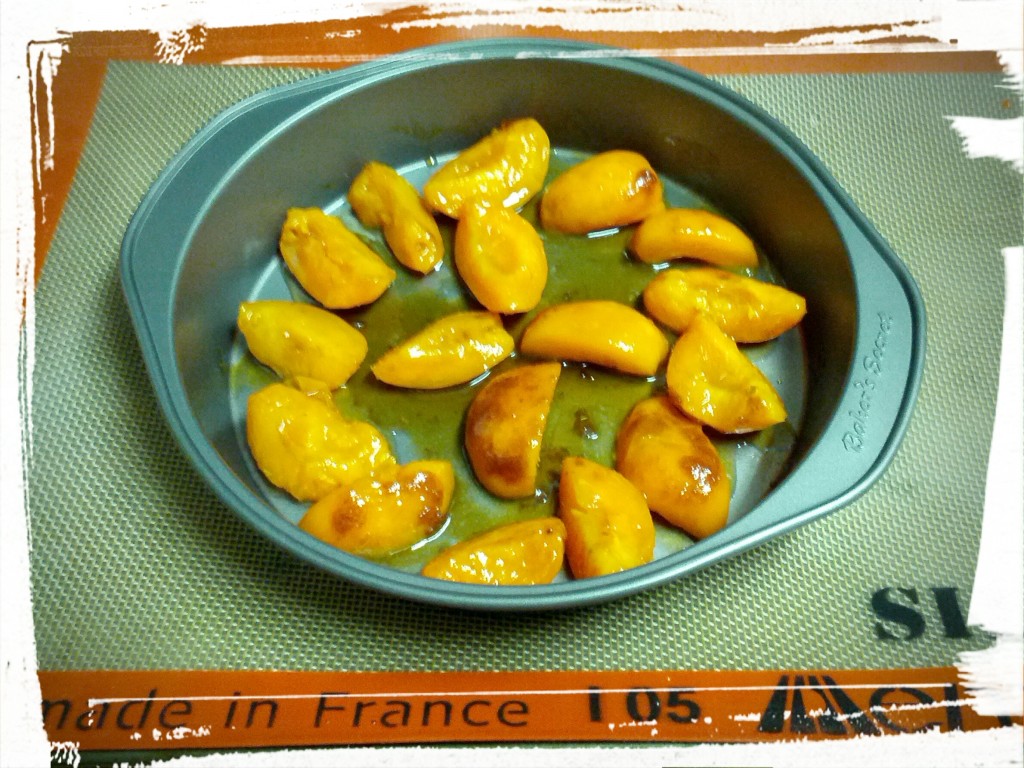 I couldn’t resist the lure of the canning jars — I had to make Strawberry Rhubarb jam. And then I was snacking on apricots as I was boiling up the jam, and I thought hey, this would be nice in place of rhubarb for Dorie’s Upside Down Brown Sugar Cake! So I started mixing that up as well. I was caramelizing the apricots at the same time that I was sterilizing the canning jars, and trying to prepare lunches for the next day too.

The DH and I have very different approaches to tasks: I tend to prefer to do several tasks at once, as evidenced by my multi-tasking cooking style, while he is very linear and likes to complete one task before going on to the next one. My approach drives him crazy, so he’s learned to keep out of the kitchen when I’m in it. Once he realized that I was going on a baking binge this evening, he wisely absented himself, and I haven’t seen him since. He also hasn’t seen the disaster that is the kitchen, so it works out!

But back to the delicious smells emanating from my kitchen! I have 4 1/2 half pint jars of strawberry-rhubarb jam sitting on the counter, and the Apricot Upside Down Brown Sugar Cake is also cooling on the counter, waiting for me to dollop some whipped cream on top tomorrow morning. (I’ll take pity on the DH and won’t turn on my noisy mixer to whip the cream just now, given that it’s midnight. Have I mentioned that I’m a night owl?) 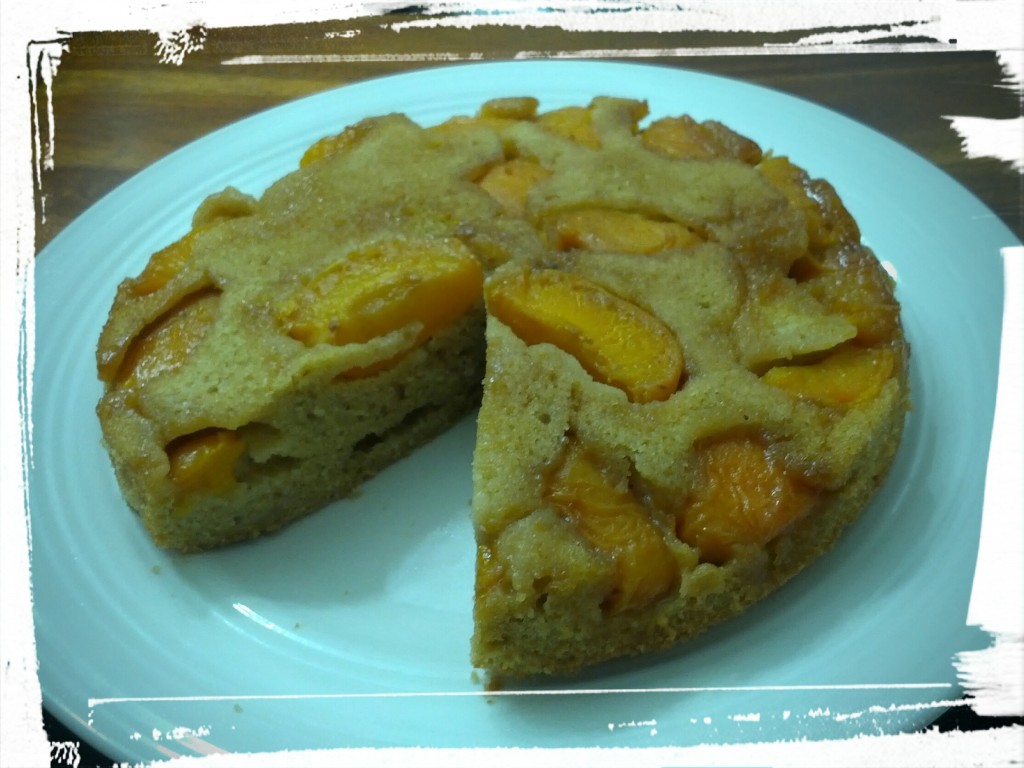 Taste testing waits for no one. Also, given that I was taking this picture at midnight, I feel that I have to point out that it was more glossily glazed in real life. And luscious. Have I mentioned the lusciousness?

So breakfast tomorrow shall be Apricot Upside Down Brown Sugar Cake, served with a dollop of nicely chilled whipped cream! Also possibly for lunch. And for snack. And for dessert after tomorrow’s dinner. At which point I *may* consider myself sufficiently fortified to tackle my mountain of dishes. Or…not.

Next Post: Schoolhouse Buns! And what to do with leftover milk powder. 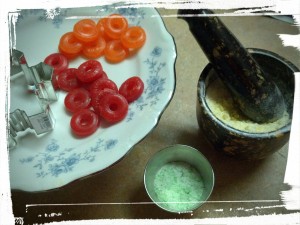 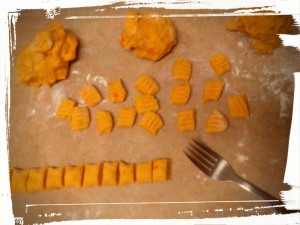