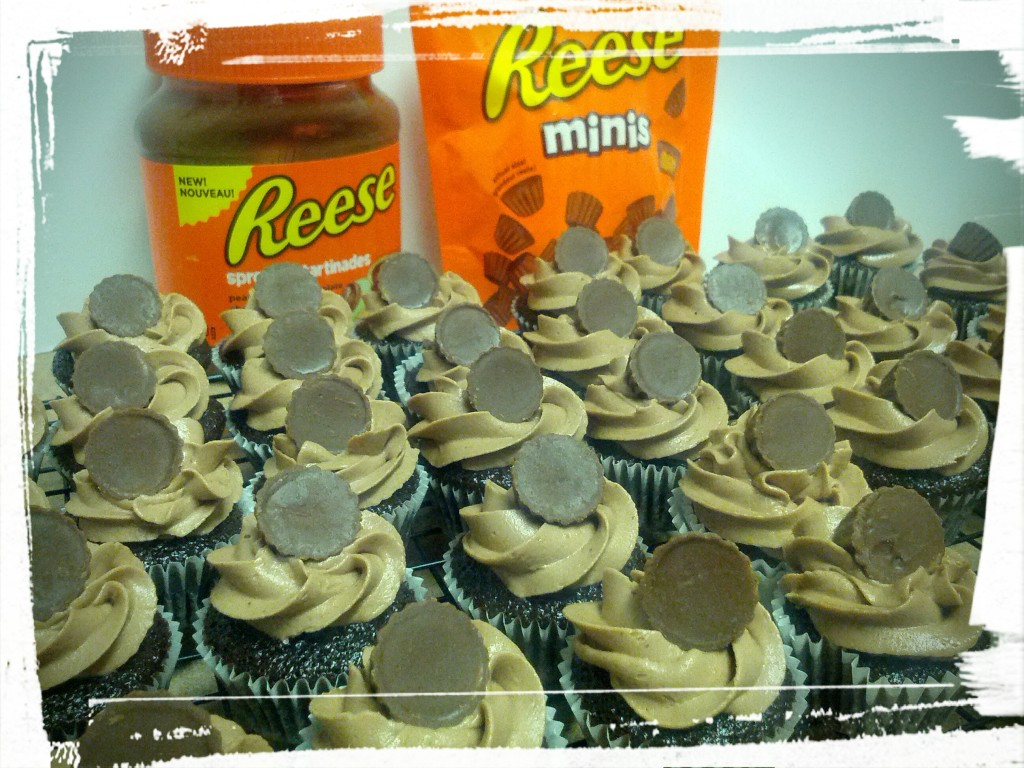 Want. Want ALL the cupcakes!

Ever since I came across the new Reese’s spread, I’ve been wanting to try it out. As 0ne of my colleagues said, it tastes exactly like the inside of a Reese’s Peanut Butter Cup. But more chocolate-y!

So when I found a jar on double-sale (on sale at the store, plus a rebate using a coupon app), you know I HAD to buy some! The DH doesn’t actually like chocolate, so…more for me! Bwahahaha!

Naturally I had to take this delicious spread and turn it into a cupcake. I mean, obviously. What, was I supposed to eat it on bread or something? Pffft.

Using a Wilton 1 M tip for that professional look (or whatever you have lying around the kitchen. An sandwich bag with the tip cut off works too!), pipe the icing on the cupcakes. The recipe I used made about 50 mini cupcakes, and there’s enough icing to pipe a bit on each one. Then pop a mini Reese’s Peanut Butter Cup on top, and you’re done like dinner. Or in this case, dessert! 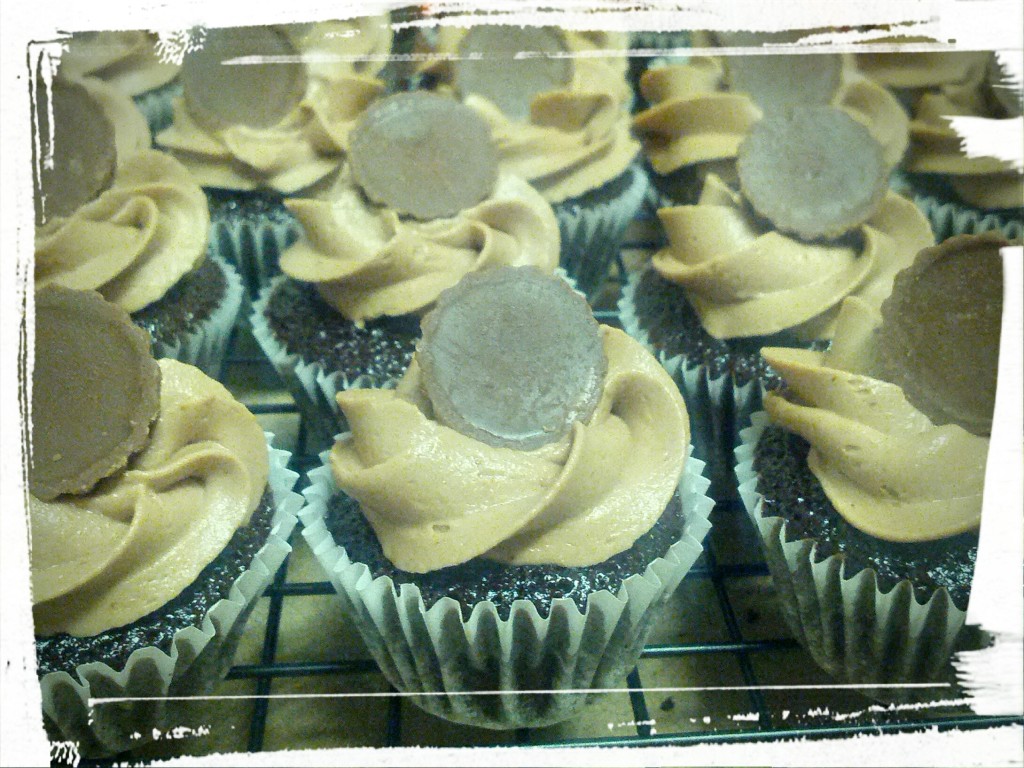 Close-up of the cupcake action.

I sometimes send in sweets to the DH’s office, so that the DH and I don’t consume ALL THE THINGS, and I think that as delicious as these cupcakes turned out, I’ll send them along with the DH to work. I did set aside a few for my workplace as well. Plus a few to freeze for portion-controlled midnight cravings; after all, I couldn’t give away ALL my (chocolate-y) baked goods, now could I? *grin* 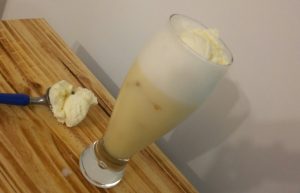 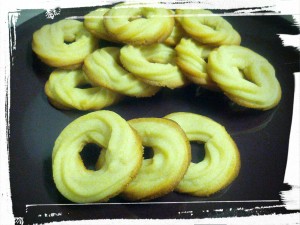 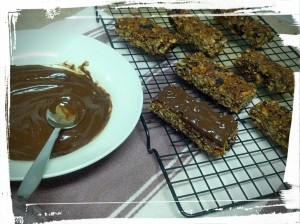