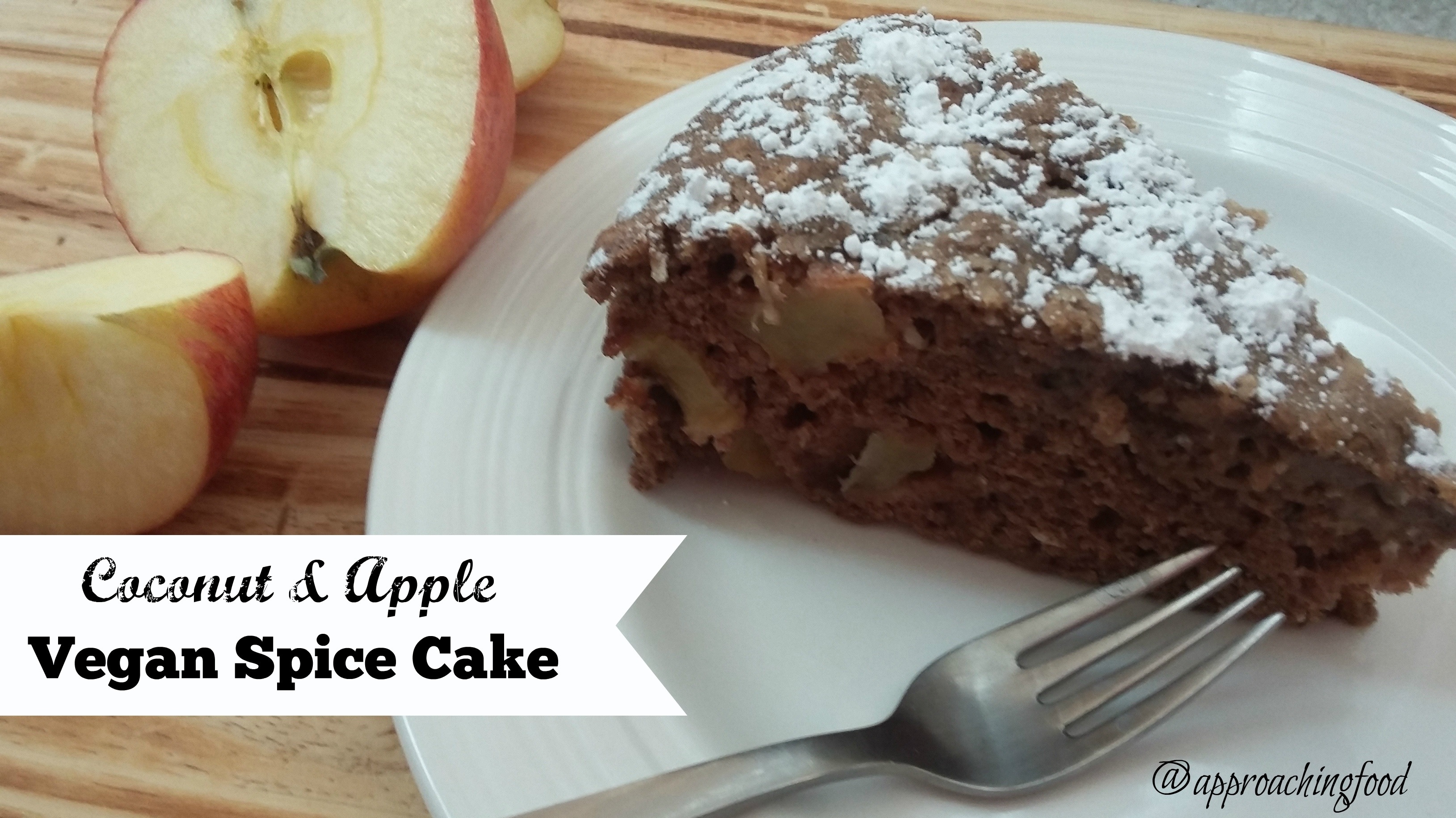 The perfect snack for a nice fall day!

Before I talk about how to make Vegan Coconut Apple Spice Cake, allow me a little blathering. I try to post a new recipe once a week, and usually on the weekend. However, this past week I’ve been recovering from some medical stuff and have been napping extra much to recover my strength. All of which is to explain why this week’s post is a few days (cough*week*cough) late! It’s also a particularly easy recipe, and vegan to boot! Whether you’re eating a plant-based diet because it’s healthy, or because it’s easy to make from pantry ingredients, I definitely recommend this recipe for some easy, healthy, and (very importantly) TASTY fall flavour!

I took my basic vegan spice cake recipe and added apples for some extra nutrients and because it’s apple season right now, here in Ontario, Canada. I also added in some coconut, just to change up the flavours a bit, and also because I had some in my pantry that I wanted to use up. And voila, Vegan Coconut Apple Spice Cake was born!

This snack cake is easy to bake, freeze, and pack for lunches. It’s also delicious sprinkled with icing sugar and served with tea, if that’s your jam. You can make it in a cake pan and serve it in wedges, bake it in a square pan and serve in square pieces, or even bake it in muffin cups for a grab and go breakfast that’s guilt-free. It’s super-versatile, in other words.

Let’s get to making this delicious snack cake!

Mix together wet ingredients and in a separate bowl, mix together dry ingredients. Then add wet to dry and mix until just moistened (you’ll see some foaming action as the vinegar hits the baking soda). Do not overbeat. There WILL be lumps, and that’s ok! Bake in a 350 degree oven for about 25 minutes or until a knife inserted in the centre comes out clean.

It took me less than 15 minutes to mix up the batter for this cake and pop it in the oven, including the time to peel and chop the apples. Easy peasy apple squeezy, right? This means it’s easy to mix together on a weeknight. Or weekend. Or basically, anytime. Let there be cake!

Next Post: I’ve been making multiple batches of broccoli cheddar soup lately, so I think I’ll share my reduced fat recipe with you! It’s extra-full of vitamins and taste but lower on the fat. Guilt free yumminess, woohoo! 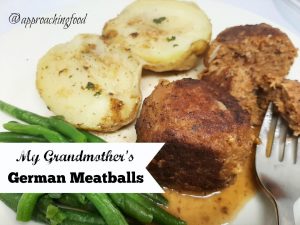 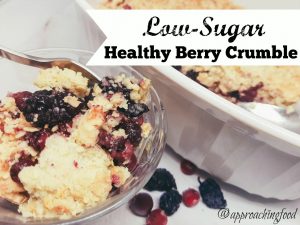 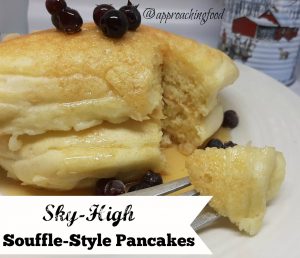 Previous Post: « Easy Cacti Cupcakes, Because Succulents are Super-Trendy
Next Post: Broccoli Cheddar Soup and How to Live Forever »